The 24-year-old came to London and will be part of this year’s Disturbance event, which champions LGBTQIA+ artists.

It runs at Ugly Duck in Bermondsey from November 10-12, 2022 and Gisou will be drawing on their Persian heritage for a multi-sensory, immersive installation and performance.

We sat down with them to find out more.

My performance will explore the story of a melancholic Persian bird, called the bittern, through an immersive film and sound installation and intuitive body movements.

I’m hoping the space and performance will allow audiences to listen introspectively, to reflect on the story of this bird, and to make their personal interpretations of the work.

I have been researching melancholia for the past few years, and recently came across the story of this semi-mythical Persian bird, which is somewhat looked down upon for its melancholia. I felt the urge to look into this melancholy from a new perspective.

I hope people will be inspired to learn more about Persian symbolism and mythology.

I want viewers to feel encouraged to make their own interpretations about what they see, hear and feel.

There’s not only one way that you can interpret the work and every interpretation and thought that comes up during or after the performance is valid and worth thinking about.

I attended the last showcase and was captivated by the performances. I thought it would be a great opportunity to test ideas in a new setting and get guidance from experienced professionals.

The biggest for me is to believe in an idea that initially comes up. After some time, I find my flow and start working without doubting myself.

Sometimes, it takes time to believe in a project or find purpose in what I want to do or what I think I want to do.

But when I get myself immersed through having conversations with people or finding research material that interests me, I feel driven and stop questioning why I’m doing something.

I’ve known I wanted to do something creative since I was very young.

Growing up in Tehran, at some point in my teens, I felt it would be very difficult to push for original and provocative ideas, to be able to express myself in a society where there is so much surveillance and censorship.

I visited London and it presented an opportunity for me to express myself more freely, as a creative queer Iranian.

Initially, I found it strange that my residency and showcase with Disturbance was coinciding with protests in Iran.

I felt as if anything I might do during this time wouldn’t compare to people’s resistance in the streets.

However, I feel so empowered and hopeful watching the feminist uprisings.

Beyond the story of the bittern, my performance is also about how mismanagement of the Islamic regime has caused exhaustion of Iran’s water resources.

So I feel what I am investigating and researching during this residency is in direct dialogue with the current protests.

“It’s something we started as a really small experiment during the pandemic, when LGBTQIA+ artists couldn’t continue their work and were in limbo,” said Deen Atger, creative director of Ugly Duck and founder of Disturbance.

That first event in October 2020 came about after he spent hours scrolling the internet and decided he wanted to find a way to continue sharing the creativity he saw online and happening at Ugly Duck.

It saw three performers and three video artists perform to an audience of 25 in person, and 250 through a live stream.

The idea was to take artists out of their bedrooms and adapt their performances for the camera, to reach a wider audience.

This year will see the fourth edition of Disturbance take place and, with support from Arts Council England, it has evolved into a three-day event.

The live streaming aspect has been developed with Rob Hall from the start and Deen said it was an artistic work in its own right.

“He doesn’t just film the show, he is also live editing and has a very strong artistic take on what the online viewer is seeing,” said Deen, who has also been working with set designers to help transform Tanner Street into something new and surprising for audiences.

Since Ugly Duck took on the empty Victorian warehouse in 2012, the organisation has transformed the space into a thriving, creative hub where it has collaborated with more than 1,500 artists.

This work continues, with Deen adding a development programme to this year’s Disturbance.

It will include a residency and training in topics like how to talk about their work and how to make sure it’s accessible.

“A lot of the artists, especially the younger ones, have really good artistic training, but haven’t necessarily learnt how to go into a professional world,” said Deen.

“I think it’s really important to help them with that so they can become less marginalised.”

Ugly Duck, which celebrates its 10th anniversary this year, had more than 120 applications for this year’s programme.

The final 10 were chosen by a panel and will be mentored by creatives who have taken part in the programme previously – another way Deen is trying to grow their support system.

“We are very focused on elevating underrepresented voices – artists who are not always at the forefront of contemporary art,” he said.

“It is very important for me to make sure Disturbance is not just an isolated thing.

“I’m trying to develop an ecosystem, where artists come back as juries and speakers and mentors who are upskilling and still developing.

“It’s very much thanks to artists who took part in the first event, when we didn’t have much funding, that we got to where we are.

“So it’s very important for me to continue getting them involved.”

PART OF THE DISTURBANCE

Disabled, queer video artist Olivia Morrison presents Hug Me Properly following young, queer people on a night out as they discuss how their lives changed during the pandemic

Revisiting their marginalised queer experience of growing up in southern China, River Cao will create a series of self-narrative spaces to rethink the emotions of grief.

Non-binary trans-masculine person Orlando Myxx presents film The Plastic Drag, investigating how a new wave of diverse drag artists is redefining the art of drag and its subversive potential.

Talia Beale’s To Trudge In Zundon explores how film could subvert ideas about housing estates and addresses new voices of creative, queer kids who live in blocks of flats.

Read more: How Bureau is offering creative workspace in Greenwich 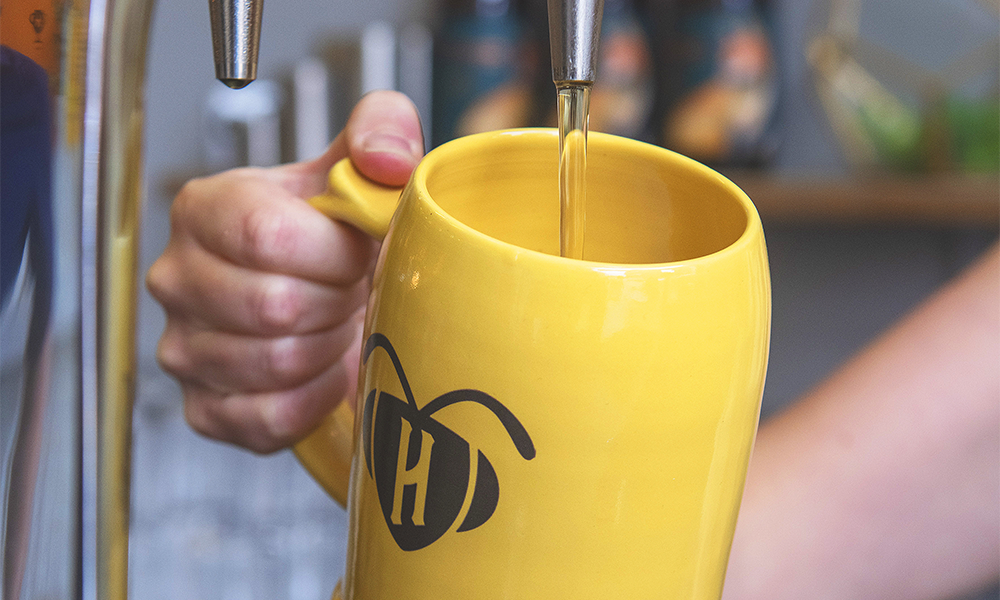