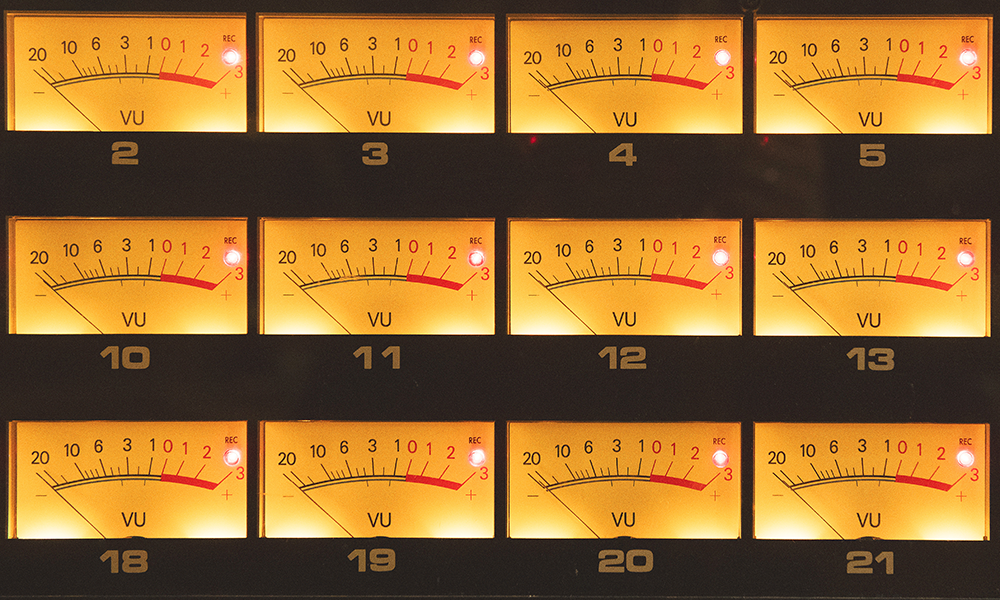 There’s a moment during my interview with Giles Barrett and Dave Holmes when the waters of the Thames sweep into the mouth of the Lea and lift the entire venue we’re sat in, gently off the riverbed.

But it’s not the subtle undulation of the liquid beneath that these two are primarily interested in – they spend their days tuning into and capturing waves of sound created by a diverse stream of musicians flowing through the recording studio they run.

Now moored at Trinity Buoy Wharf, Lightship95 was originally built as a floating lighthouse, part of a fleet of similarly sturdy vessels capable of holding position in all weathers.

Owner Ben Phillips, a producer and engineer, bought her after she’d left active service and conceived and undertook a two-year project to turn her into a recording studio – an alternative to the pressures and uncertainty of building one on land.

He ran the business until 2017, when Soup Studios relocated to the vessel from Cable Street in Limehouse.

In 2021 Soup moved back onto dry land, but Giles and Dave – two of its crew members – opted to remain aboard, launching their own partnership under the name Lightship95 and continuing to record.

“I’d been running small studios in London since 2005, when I graduated, but the weird coincidence for me about this ship is that I could see it from where I grew up in Kent,” said Giles who takes the role of Lightship95’s studio manager.

“It was working as a lightship on the Goodwin Sands and I could see it on the horizon pretty much every day, so it’s quite strange to be on it now.

“The reason I’m here now is tied in with the reason that Ben decided to build a studio on the ship in the first place.

“I’ve built and then been kicked out by gentrification very quickly from a number of studios in London over the last 16 years.

“That’s what happens – artists go in, they build something, it’s a nice building and then the landlords realise it’s time to raise the rent.

“That’s difficult when you’re trying to run a studio.

“Soup wasn’t kicked out of our last studios in Cable Street, but we never had any security there, because there was a yearly rolling lease, so you’re terrified of the landlords the whole time.

“The really good thing about Trinity Buoy Wharf is that it has written into its lease an obligation to make a certain section of its income from cultural activities and that’s a rare thing in London.”

Dave is Lightship95’s senior engineer and didn’t see the vessel growing up, on account of doing that in New Zealand.

He said: “I came over in 2011 after a couple of years backpacking in Europe and South-East Asia and thought I would have a look around and see what was happening on the other side of the world.

“Initially I was freelancing, doing bits and pieces for about a year, mostly at the Royal College Of Music, before a mutual contact put me in touch with Giles in 2015.

“Then I started hanging around at Soup, bringing my microphones and other equipment over from New Zealand bit by bit.

“We worked hard to grow the studio and the client base and then we found out the ship was available. It was a bit of a risk, but our clients followed us, so it paid off.

“The pandemic has been different to normal, obviously, but it has given us the opportunity to refocus and get this business the way we’d imagined it.”

With a control room contained inside the ship’s former diesel tank, its live space occupying the former engine room and a vocal booth nestled between the two, Lightship95 offers a wealth of flexible facilities and expertise to its clients.

“The lion’s share of what we do, apart from making good coffee, is to allow people to forget what is normally invading their conscious minds and come and do what they’ve booked the place to do,” said Dave.

“It’s about looking after our relationships with our clients, because we want them to come back.

“It’s our job to understand what they’re trying to do, what their set-up is so we can arrange the live space in the best possible way.

“There are lots of little things – like the sounds of the instruments in the room, the sight lines and the monitoring so that when we take them into the control room and play it back people say: ‘That’s what we’re looking for’.

“There’s a huge amount of experience and knowledge which is hard to break down, that goes into building what that sound is.

“But I quite like the idea that our clients aren’t really aware of that – we want them to focus on what they’re doing and not be worried about the technical stuff.”

Giles added: “We make records in lots of different ways and one of the things that we do in a studio of this size is to encourage whole bands to come and record together.

“Lots of records get made in a layered, computerised way – one instrument at a time – and that’s fine, but it’s great to encourage musicians to come and play together to get that interaction, that live feeling.”

Alongside different recording set-ups, Lightship95 is equipped with a bewildering array of tech, both digital and analogue.

Giles said: “From a technological point of view, this is the best time to be making music. We’ve gone through the time when everyone chucked out their analogue gear, brought in the digital stuff and realised that a lot of it wasn’t good enough

“But now we can make a record on just a MacMini and challenge anyone to tell whether it went through analogue or digital.

“Then we still have all the analogue gear which we can use as creative inspiration and with total flexibility because it can be integrated into a digital environment.”

Dave added: “Some of our microphones are 80 years old and we have a tape machine from the 1980s, which was the pinnacle of analogue.

“The mixing board is analogue too – the last model before the company went totally digital.

“The beauty of digital is that it’s such a clean result – you might want a 1960s-style guitar and you can get an instrument from that era, use a microphone that will give it that colour and then, digital capture of that will be perfect.

“It’s also the flexibility of having so many inputs and outputs that means you’re never short of workspace – the computer power is ridiculous.”

While the extensive soundproofing prevents anything much being heard outside the boat itself, Lightship95 has hosted all sorts of clients – many on the modern jazz scene – as well as the likes of Ghostpoet, Mike Skinner and Roots Manuva.

“It’s a really exciting time to have a studio business,” said Dave.

“We want the place to be used – we’ve been quite crafty in that we have all these things we like to use, but it’s still affordable, and that’s important.

“This is our life – as we’ve grown, our clients have grown at the same time and it’s been really exciting to see the successes of people we’ve been working with for for many years.”

Lightship95 costs £480 per day to hire with discounts for block bookings. Rates include use of instruments, equipment and an engineer.